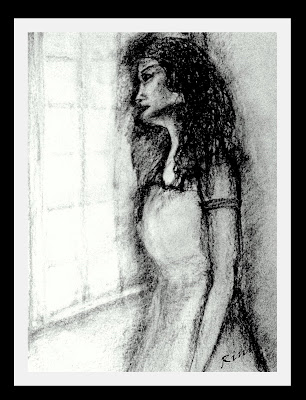 What are we waiting for?
Ever been in a state of limbo? Being haunted by those niggling questions like how things will turn out, what will happen, when will I know about it, isn't a nice feeling. I know because I am in one. Limbo. The state of mind when you are just hanging, in the middle of nowhere. Sometimes it leads to anxiety, sometimes pain and sometimes it just leads to indifference. Que sera sera (whatever will be, will be), at least that's how I have learnt to take things in life.
The point to ponder here is when are we 'not' in a state of limbo? Aren't we always waiting for something to happen? The beauty of the human mind is that it can never be satiated. Almost always we want something very badly, so badly that we base our lives on it. We forget everything else in the mad chase for that one single desire we deem worthy of all the pains and turmoils. And when we get what we wanted, we move on. Instead of relishing our feat we find another 'desire' we reckon is so precious we could sacrifice every comfort in the world for it.
A week back I was coming back from a friend's place in the night. I boarded the last bus available that night and realized I had forgotten my travel card. I took out a tenner and gave it to the bus driver to buy a ticket. The driver couldn't find enough change and so asked me to find a fiver at least. I looked skeptically at the 4 people sitting in the bus, when this old man started digging for change in his wallet. When he couldn't find enough for ten, he asked me how much I had and he'd give me the rest. I was short of a pound and he gave me one without a second thought. I said in a meek voice "Are you sure?" , he smiled and replied "Yes, please take it" and then turned to a young man sitting parallel to him and said "Life's too short." I was overwhelmed with gratitude for this old man but couldn't say anything. Walking back alone with that heavy laptop bag on my shoulder, in the dark of the night would have been a nightmare. It wasn't a 'life-changing' experience but it surely brought a smile on my face.
But there was something in the old man's way of saying 'Life's too short" that got me thinking. A man, probably in his 80s, says life's too short. Will I be saying this when I grow old? Or will I say that I have lived a good life, enjoyed every moment of it. When was the last time I did something thinking life's too short?
We plan out our lives ahead and work towards our goals thinking we are going to live forever! And in this wild goose chase of attaining an almost never-ending list of desires we forget to do those little things that actually give us happiness. Helping someone or doing something for someone else seems like an ordeal. "What's in it for me?", we often ask. Criticism comes naturally to us but we struggle with words of appreciation and empathy. We admire the music playing in our earphones but don't care to lend an ear to  people when they talk. We pretend to care about the world by drowning ourselves in a newspaper on the bus but forget to offer our seat to an old lady standing next to us.
I know that it's easier said than done. That it's not a fairy tale world and that life's much tougher than this stupid post on a blog makes it feel like. Well, of course it is. But I say what the hell !! Even if I gotta slog for my 'bigger' plan in life, 'living' a little never hurt anyone. One doesn't need to be a King to live life like one.
As Horace, the Roman poet puts it in “Carpe Diem”, or “pluck the day”:

"Ask not—we cannot know—what end the gods have set for you, for me; nor attempt the Babylonian reckonings Leuconoë. How much better to endure whatever comes, whether Jupiter grants us additional winters or whether this is our last, which now wears out the Tuscan Sea upon the barrier of the cliffs! Be wise, strain the wine; and since life is brief, prune back far-reaching hopes! Even while we speak, envious time has passed: pluck the day, putting as little trust as possible in tomorrow!"

Hey!
Thanks for stopping by at Aawaargi. Your comments and criticism are valuable. Please feel free to leave some.